Bryan Hyde is a news commentator and co-host of the Perspectives morning show on Fox News 1450 AM 93.1 FM. The opinions stated in this article are his and not those of St. George News.

OPINION – Most Americans have never heard of former Las Vegas businessman Robert Kahre. The fact that he is locked away in a federal prison has a lot to do with that. But those who understand Kahre’s story tend to view money as well as our justice system in a different light.

Kahre was convicted in 2009 of conspiracy to defraud the Internal Revenue Service, tax evasion and hiding assets. But his real crime was something far more serious in the eyes of the IRS and federal prosecutors. Kahre paid his employees as independent contractors rather than salaried employees and he paid them in gold and silver coin.

By doing so, he brought unwelcome attention to the ongoing official debasement of our money supply. This action is what brought the full might of the federal government crashing down upon him.

Kahre offered to pay his workers in face value of federally issued gold and silver coins. These coins are legal tender at their face value. For instance, a one ounce gold American Eagle coin has a face value of $50. The actual value today of a one-ounce coin of fine gold is closer to $1,685 ±. If a person wished to pay for a tank of gas with an American Eagle at its $50 face value, they have a perfect legal right to do so. Of course, the wiser thing to do would be to sell the coin for its value in Federal Reserve notes and pocket the $1,635 in cash.

When Kahre offered to pay his workers in gold and silver, the legal tender laws should have considered those coins at face value. This means that an employee receiving 50 American Eagles annually would be making only $2,500 at face value. Therefore, the employee’s wages would fall below the threshold of reportable income. 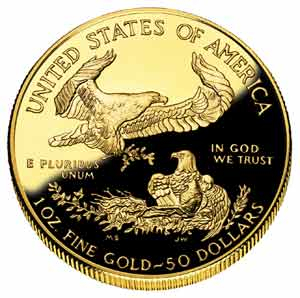 Of course, the IRS takes umbrage at the thought of someone earning roughly $83,000 in Federal Reserve notes and not paying what the tax collectors consider their “fair share.” But there remains the issue of legal tender laws that clearly state that those Eagles are worth $50 face value.

If the federal government makes gold and silver coins that are legal tender, then why punish those who use them at face value? So which standard are we to follow? For that matter, why are there two different standards in the first place?

These troublesome questions are likely what prompted federal prosecutors to go after Kahre with a vengeance.

A federal SWAT team crashed through the gate of Kahre’s business with an armored vehicle and held Kahre’s employees at gunpoint for hours when the feds made their move. Kahre was charged with 49 counts of failure to collect or pay employment taxes, four counts of tax evasion, two counts of attempting to interfere with IRS laws and a single count of wire fraud. An uninformed jury convicted him on the judge’s instructions and he was sent to prison for 15 years and ordered to pay millions of dollars to the IRS.

The judge who sentenced him actually had the audacity to caution Kahre’s wife that allowing the couple’s children to develop a negative view of the federal government’s actions would be a grave injustice.

It’s hard to imagine how the government’s actions can even begin to square with the concept of justice. What Kahre and his employees did was hardly illegal. It did, however, expose the growing official debasement of our irredeemable paper currency when compared to sound money.

Most Americans have forgotten that our nation was founded upon a monetary system of gold and silver coin. For many years, paper currency was forbidden because, historically, it allowed government officials to plunder the public through inflation.

With the creation of the Federal Reserve nearly a century ago and the subsequent abandonment of a precious metal-backed currency, inflation has steadily robbed the dollar of roughly 95 percent of its purchasing power since 1913.

When a gold $50 American Eagle is worth far more than fifty paper dollars, it should be clear to all but the most obtuse that something fraudulent is happening to our money. Robert Kahre earned the wrath of the federal government by allowing its currency debasement to be brought to light.

Bryan Hyde is a husband, father, teacher, writer, speaker of truth, and a disciple of liberty. He has been a steady voice of reason with a radio career that spans more than 3 decades and is host of the daily "Loving Liberty with Bryan Hyde" broadcast weekday mornings on the Loving Liberty Radio Network. He also co-hosts the "Society and the State" podcast. The opinions stated in this article are Hyde's own and may not be representative of St. George News.