SAINT GEORGE – In April, the family-owned-and-operated Westates Theatres will present a collection of remarkable independent films, all of which were made by Southern Utah residents.

The Westates Theatres Film Festival was founded by Jesse Tate (who acts as the event’s director) and Sheldon Demke. Both Tate and Demke are employees of the cinema chain.

Demke is also an amateur filmmaker whose three-part “Idaho Smith Saga” was featured in last year’s festival. 2011 was the event’s inaugural year and garnered an impressive 62 entries. Less films (only 45) are in the running this year, mostly due to new quality requirements for applicants.

Aside from viewing the movies, the public can also meet many of the filmmakers in person to discuss their projects and possibly receive a signed poster or photo.

In the Featured Filmmaker Spotlight this year will be Shaun Labrecque, who has entered work in four of the five categories (Drama, Comedy, Horror, Musical and Documentary).

After the festival’s end, winning films will advance to the DOCUTAH Southern Utah International Documentary Film Festival in September, 2012, where they will be exposed to a worldwide audience. 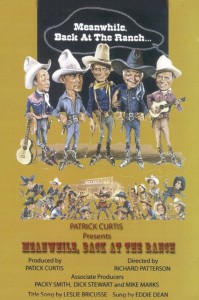 Notable participants include stand-up comic Dustin Buchanan and filmmaker Patrick Curtis. Curtis has produced feature films for over 50 years; among those are “The Avenging Angel,” (starring Charlton Heston and James Coburn) and “Hannie Caulder,” (starring Raquel Welch and Ernest Borgnine). The Hollywood veteran will be making his independent debut with “Meanwhile, Back at the Ranch,” a narrated documentary celebrating the stars of vintage Western movies.

“(With this film, I hope) to introduce new and old generations to the cowboy heroes of (my) youth,” said Curtis. “I’m very proud of this project and (this festival) is a wonderful event to show it at because everyone involved really cares about film.”

Jeff Sanders, whose works “See You Soon” and “Interim” were finalists in 2011, said “There are some seriously talented people in our area and I love seeing them express themselves creatively. The festival is a melting pot of very different films and I think that is great.”

The festival will be held April 12-14 at the Pineview Stadium 10 in St. George. It is open to the public. Tickets are available exclusively at Pineview Stadium and will go on sale this coming week.

“Come support your community, friends and local filmmakers,” said Tate. “These films are fantastic and there are a lot of passionate, creative and artistic people here whose works deserve to be seen and heard.”

'I just put my head down and ran': St. George woman sets fastest known time on quad-crossing of Grand Canyon

'I just put my head down and ran': St. George woman sets fastest known time on quad-crossing of Grand Canyon