ST. GEORGE – When Chrysler Group, LLC, sought federal bailout assistance from the Obama Administration, it ultimately agreed to close 789 of its franchise dealerships. Chrysler’s announcement came on May 14, 2009, giving franchises holding dealerships listed for closure 26 days to wind down their Chrysler operations. Among them was Painter’s Chrysler dealership in St. George.

(In comparison, General Motors, which also sought bailout, announced on May 15, 2009, that it would close 1,100 dealerships, but those were given until October, 2010, to wind down, one-plus year’s lead time.) 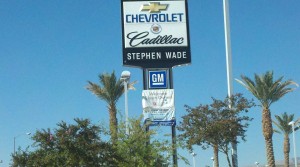 Snapshot of the bailout process and post-bailout remedies:

Although it is not possible in this article to address the complexity of the bailout process and post-bailout remedies to dealerships, the following is a snapshot of the relevant background to what has happened here locally.

•  Certain automakers found themselves in financial crisis and extended their hand to the federal government for assistance.  The George W. Bush administration lent some monetary assistance but, for the most part, passed the baton to the Obama administration.

•  The Obama administration was willing to provide assistance on conditions, including pre-packaged bankruptcy deals with GM and Chrysler, in which multiple franchise dealerships were required to be closed.

•  In a historically unprecedented move, the National Association of Auto Dealers was able to prevail upon Congress for post-bankruptcy remedies to the unsecured creditor dealerships that lost their franchises. These possible remedies included (1) an option to seek settlement agreement with the automakers (GM and Chrysler) that deprived them of their dealer franchises – either monetarily or in kind (for example, offering them a different make auto franchise), and (2) arbitration before an independent arbiter to get an award of the dealer franchise back.

Stephen Wade Auto Group was offered the award of the franchise this year when Chrysler sought to reinstitute its presence in St. George and, in or about June of this year, Stephen Wade accepted the award.

Analysis of the process as it played out

“The big bad wolves in this,” said A. Bailey Wood, Jr., Director of Legislative Affairs and Communications and spokesperson for NADA, “is the Obama administration because they demanded these [franchise dealerships] be closed. Obama was the one pushing these dealerships to be closed there is absolutely no reason that closing these dealerships made any sense, it was a Wall Street play: The Obama administration likes to talk about shared sacrifice; the reality is that dealerships don’t cost manufacturers a dime – they rent that sign (GM, FORD, etc.) from the dealership – closing dealerships wouldn’t make any dealership more profitable or viable but Obama demanded they be closed.”

Chrysler is still Chrysler Group, LLC, but its largest shareholder now is Fiat, (Wood noted that Chrysler’s shares are not publicly traded). “Fiat said we’ll come in and we’ll inject some money [into Chrysler] and Obama said ‘okay.’ This was all part of the plan,” said Wood.  “You can’t get rid of a dealership if you’re not in bankruptcy, Chapter 11, GM filed for bankruptcy June 1, 2009, and I think Chrysler announced it would file for Chapter 11 on April 30, 2009, and merge with the Italian automaker Fiat.”  Wood said it is referred to as a “pre-packaged bankruptcy,” and he adds, “We [NADA] knew it was a bad idea. A lot of people lost jobs.”

For single point dealers, those who held only a GM or a Chrysler franchise for example, the closures were devastating. Painter’s did have other dealerships, Mitsubishi being the most obvious and ongoing franchise, but the removal of Chrysler from its offering had to be devastating.

Stephen Wade, (the current Chairman of NADA but, at the time of the deal between the automakers and the Obama administration, a member of one of NADA’s task forces), said, “The sad thing about this is Jim Painter is a wonderful person that got caught up in these bankruptcies; something happened that should have never happened in America; through NADA we were able to cut these down [i.e. the number of dealerships the administration wanted Chrysler to cut was higher than the 789 finally agreed upon].”

“A man like Jim Painter, for 65 years [a dealer] should never have had his franchise taken from him,” said Wade.  “One day the franchise has value, next day it has no value.  The facilities have nothing to put in them [particularly the single-point dealers]; luckily he [Painter] had something to put in it.  Hundreds and hundreds who have facilities are sitting vacant.”

One thing that Wood pointed out, as notable in Wade’s leadership on behalf of NADA, was his advocacy for an arbitration remedy post-bankruptcy. Wood explained: “…Bankruptcy … rules are very rigid – what NADA was able to do was to get Congress to require an arbitration process.  Under Bankruptcy Law, a … judge can nullify a contract [which is essentially what happened between each of GM and Chrysler and their franchisee dealerships]. What we were able to do is to create an alternative process for dealers to [subsequently] go before an independent arbiter and say, ‘this is why my dealership should be able to reopen.’ This was done outside of the Obama agreement.”

“This is a pretty remarkable thing,” said Wood, “before this, doing something post-bankruptcy was completely unheard of.”

Wood said the other option created was for parties to reach a mutual settlement agreement for some kind of compensation, other negotiated resolutions. For example, “you lost your Cadillac dealership but we’ll give you a GMC truck dealership,” Wood offered.  He said, “We think about 550 did that.”

“Painter’s arbitrated, cost a lot of money,” Wade said. “Probably 50 percent [of affected dealers] arbitrated in Utah and very few got [their franchises] back. Painter’s lost.”

Wood said the arbitration period is now closed for everyone.

Despite the closures, Chrysler has, with the help of the injection of capital from Fiat and perhaps due to other factors, apparently regained viability. And in so doing, it began to seek out a dealer to which it would award a Chrysler franchise to again operate in St. George.

“Chrysler looked at it again and realized they were forced to close too many dealerships, so they said we need to reestablish some of these dealerships and one of those was in the St. George area,” Wood said. “Chrysler said ‘we need to find the best group possible to reestablish this dealership.’  They turned to the Stephen Wade Auto Group, to a Las Vegas dealership, a San Francisco dealership and a Florida Dealership, among likely others. Wade said this is important to the St. George area – each dealership has about 50 employees, they are an employment hub, a major source of tax revenue, important to the communities.” 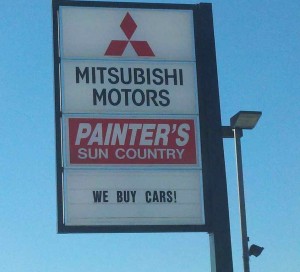 “There’s a lot of emotion over this,” Wade said. “Quite frankly, this should have never ever happened in our country. I’ve traveled, I’m traveling now, and seeing what happened in this country.”  He paused thoughtfully and continued, “It wasn’t right, they were in control – they, the franchisor – they based it on criteria and how they believed the dealers performed their own in-house criteria to rate, judge and separate dealers from a scoring standpoint, and based on market and how the dealer performed, they shut down [dealerships].”  He said that at the time Chrysler came to him offering an award of franchise, he held 63 percent of the market in Washington and Iron Counties, that when Chrysler’s agent came to him, the agent said “you’re the market maker, so we want to see if you’re interested.”

Wade said “the first day they came to my office, from Chrysler, I thought it was a joke because I’d been ugly with the heads of Chrysler and GM – I laughed, I thought it’d be a joke – ‘who sent you?’ I asked, and the guy said he was from Chrysler.”

“That very day I called Jim Painter,” said Wade, “and said are you aware of what’s happening? He said, ‘yes I’m aware they’re going to canvas the market and see about doing something;’ every time they came to see me (Wade), I called him (Painter) and told him. Eventually I said I’m starting to look at this seriously – before I signed any agreement I talked to my kids, my controller, went to see him, took him to lunch, showed him, ‘here’s an agreement and I think I’m gonna sign it,’ and he said I want you to know I hold no animosity towards you.  Since then I think he’s got his feelings hurt.”

“Stephen Wade has always been very involved in community from a charity standpoint,” said Wood, and so “Wade said ‘I’ve got a family owned entity.  Let’s keep those good Utah values, we don’t need to bring in corporate [dealerships] from Vegas,’ and he was given the choice, either keep the store locally owned or pass it on to some Vegas corporation.” Wood said, “Wade said, ‘I’ll take a chance on it, and see if it survives.’

“At the end of a day he saved about 40 jobs.” (Wood said most dealerships employ about 50, but that Wade typically manages with 40.)

Wade, himself, said, “At the time [that he was first approached to take the franchise] I was worried about the viability of Chrysler.  But we decided it was extremely viable. We purchased ground on Black Ridge and we’re opening up Nov. 1 at the corner of Black Ridge – and it’s a full Chrysler, Dodge, Jeep and Ram lot.”  Wade’s auto centers on Hilton Drive have nonetheless been offering these makes since accepting the franchise award earlier this Summer.

Note 1:  St. George News attempted to reach Jim Painter for comment over several days, indicating publication deadline. Although he has not responded as we go to publication, his perspective is welcome and desired, and it will be reported by subsequent article if received.

Note 2:  As indicated early in this story, it is not the undertaking of this piece to provide a full thesis on the auto industry bailout and the complexity of deals and legislation involved in it.  Books are written on the subject, journalistic and politico pieces abound on the subject. Though not exhaustive, a starting point for those interested in reviewing the actual legislation, bills and amendments in both the House and Senate, include:

The final language signed into law by the President was part of the FY2010 Omnibus Appropriations measure, hundreds of pages long.  Click here for the relevant section.

Wood said that the first bankruptcy deals were sealed, to remain so until opened by the Treasury Department.

And, information on NADA’s efforts on dealer rights can be found on its website here.

Editor’s Update Oct. 6:  In response to our invitation, St. George News is in communication with authorized representative of Painter’s and offered to publish a sequel to this story, reflecting Painter’s point of view, as interviews are provided.