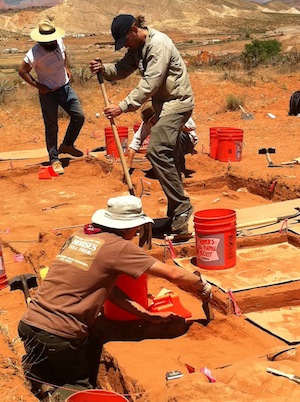 WASHINGTON COUNTY — The Utah Department of Transportation (UDOT) is nearing successful completion of archaeological fieldwork on a portion of Southern Utah’s newest road following a rare firsthand view of archaeology-in-action by the public two months ago.

Since that time, archeologists have methodically exposed five Virgin Anasazi (Ancestral Puebloan) habitations at one of the sites located within the corridor of state Route 7 known as the Southern Parkway, including one that may have been built as early as two thousand years ago.

UDOT provided more than 100 members of the public with on-site access to archaeologists and their initial work during Utah Archaeology Week in May. The unique peek, which included three-dimensional laser data, will now be augmented with scientific lab analyses and research to further evaluate questions regarding the pre-history era.

Dixie Division Environmental Specialist Eric Hansen says, “Due to the high number and nature of sensitive sites in the area, UDOT realigned a portion of the Southern Parkway five times to avoid major sites.” Hansen says archaeologists will also monitor roadway construction on the segment, which could begin as early as this fall. 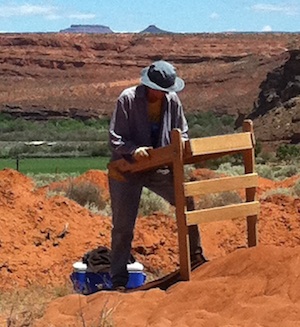 Hansen is one of UDOT’s eight Archaeology/Environmental Policy specialists tasked with managing private archaeological firms assigned to transportation projects and ensuring the agency complies with state and federal laws for archaeology sites and other natural resources.

Tribal leaders also reviewed and approved UDOT’s approach to the current excavation. UDOT initiated tribal involvement for the Southern Parkway project over a decade ago, when environmental studies began. The Hopi Tribe, the Paiute Indian Tribe of Utah and the local Shivwits Paiute Band are consulted on all project developments that could potentially impact archaeological sites. One member of the Shivwits Paiute Band is a full-time member of the project’s archaeological team, and a special field trip is being held for the Shivwits school children next week.

State Route 7 currently carries motorists east from I-15 near the Arizona border to the new St. George airport. Future construction will provide a belt route back to I-15 north of the airport, tying in the cities of Washington and Hurricane.